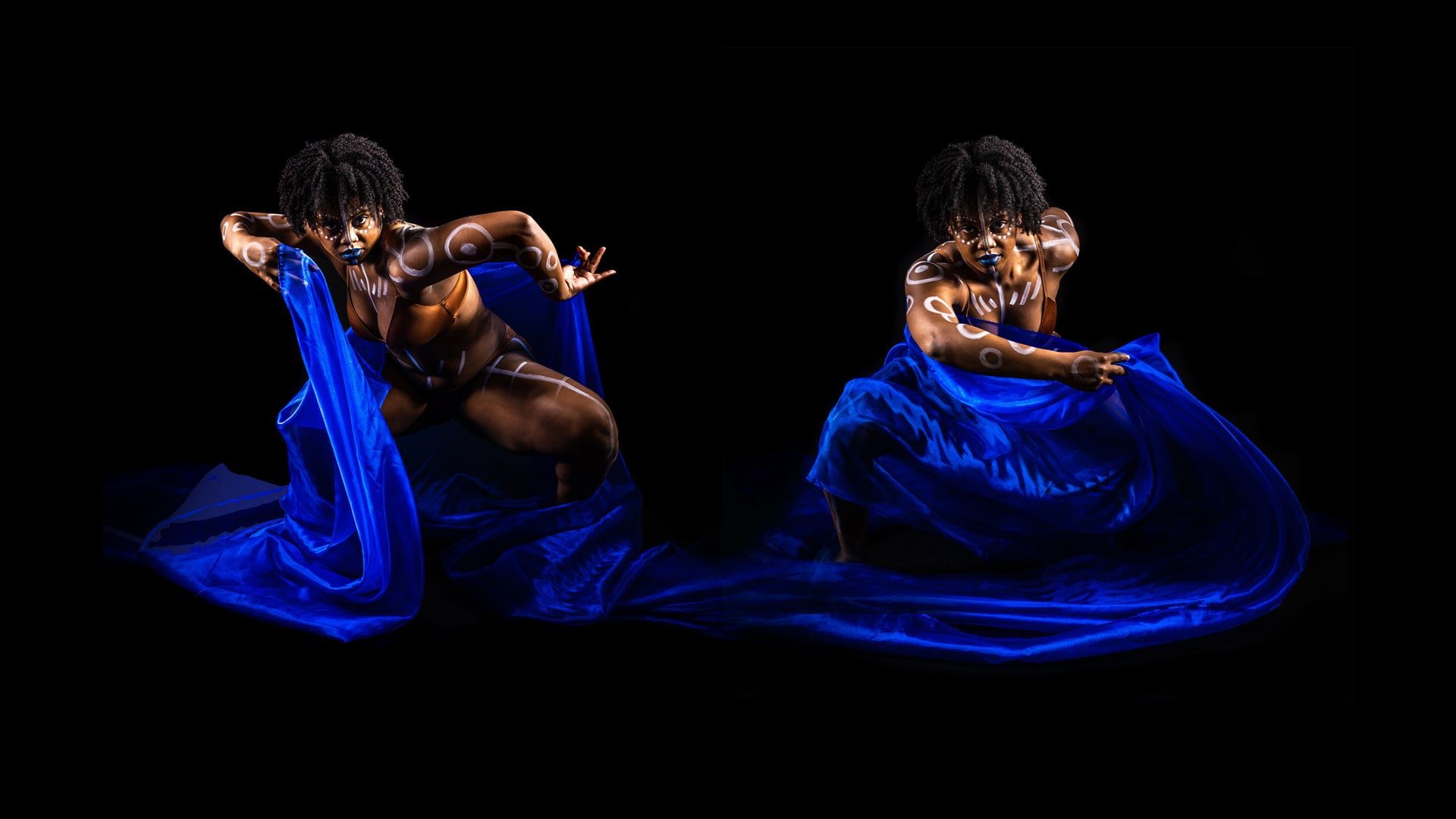 Don’t miss out on any event wih our festival pass that includes: TWO LIVE PERFORMANCES and our live DANCE and DRUM CELEBRATION - the Atsia Circle!
Buy Festival Pass

Funmi Adewole Elliott "The Blind Side" (UK)
Esie Mensah "A Seat at the Table" (Toronto)
Ekspresyon "Contraste" (Montreal) *Please be advised that there will be haze, racial slurs and balloons popping during this performance 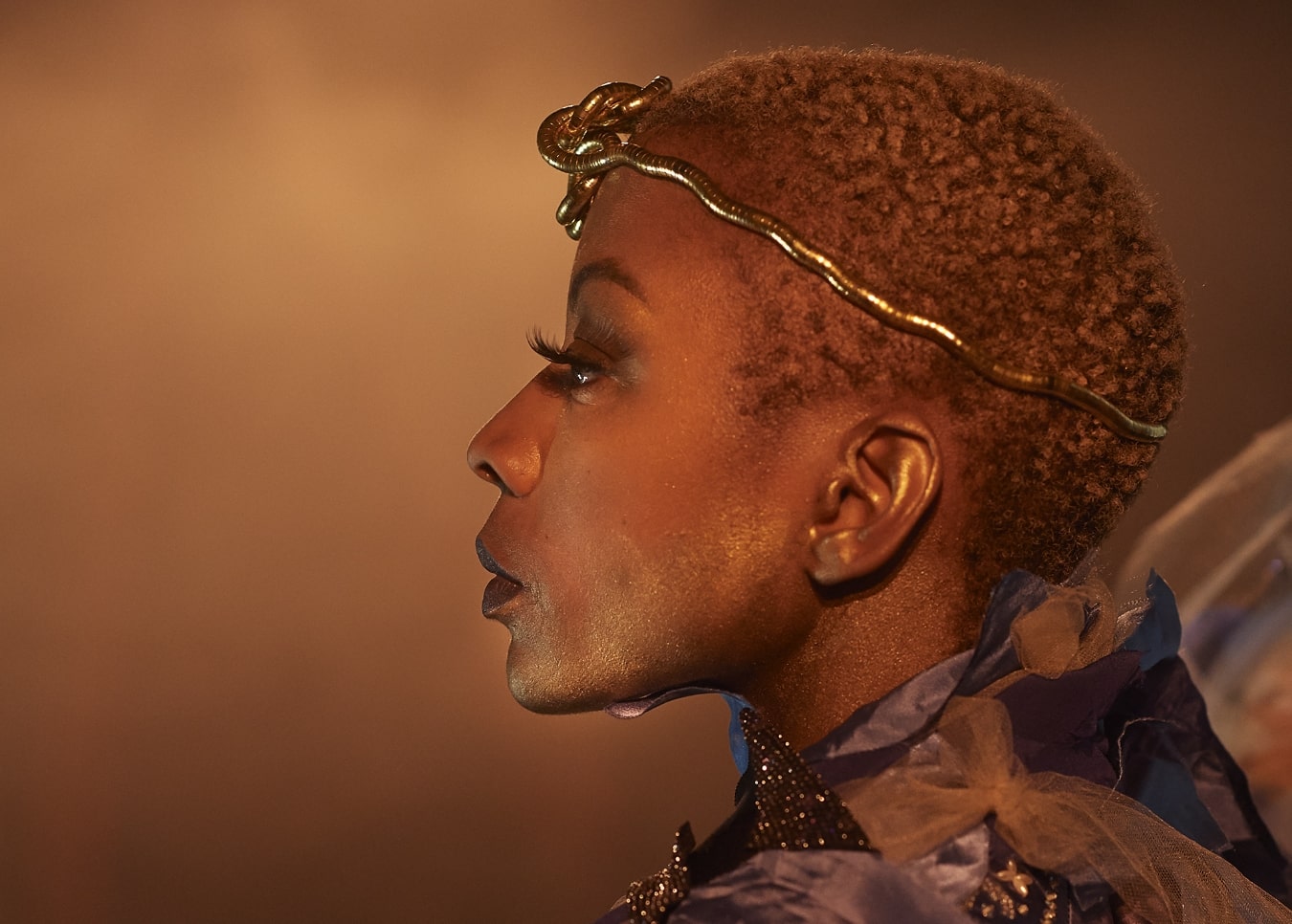 Jaz has created over 28 original dance works, presented in Toronto, Montreal, North Bay, Brooklyn NY, Pittsburgh, Seattle, Berlin, Birmingham UK and Sinop, Turkey. Choreographic commissions include Cahoots Theatre, Toronto Dance Theatre, Soulpepper Theatre, The School of Toronto Dance Theatre, Cawthra Park Secondary School, and Obsidian Theatre, to name a few. She has been working as a movement director and choreographer for theatre since 2017 when she made her debut with Soulpepper Theatre as the Co-Choreographer for “For Coloured Girls” under the direction of Djanet Sears. In 2019 she had the opportunity to work under the direction of Mumbi Tindyebwa as the Movement Director (MD) for “The Brother’s Size” and made her return to the theatre post pandemic, working with Mumbi again as the MD of “Is GOD Is” through Obsidian Theatre, Canadian Stage and Necessary Angel Theatre.

Jaz ‘Fairy J’ Simone makes her debut at the Stratford Festival this summer as the Choreographer for “Death and the King’s Horseman” under the direction of Tawiah BenEben Mfoafo-M’Carthy. In addition, she will also make her debut at the Shaw Festival as the MD for Just to Get Married directed by Severn Thompson. She is the co-choreographer for Bahia Watson & Liza Paul MASHUP pon di road and she feels so blessed to perform her solo work “open light” and teach a workshop at the first Yensa Dance Festival created by Lua Shayenne Dance Company. 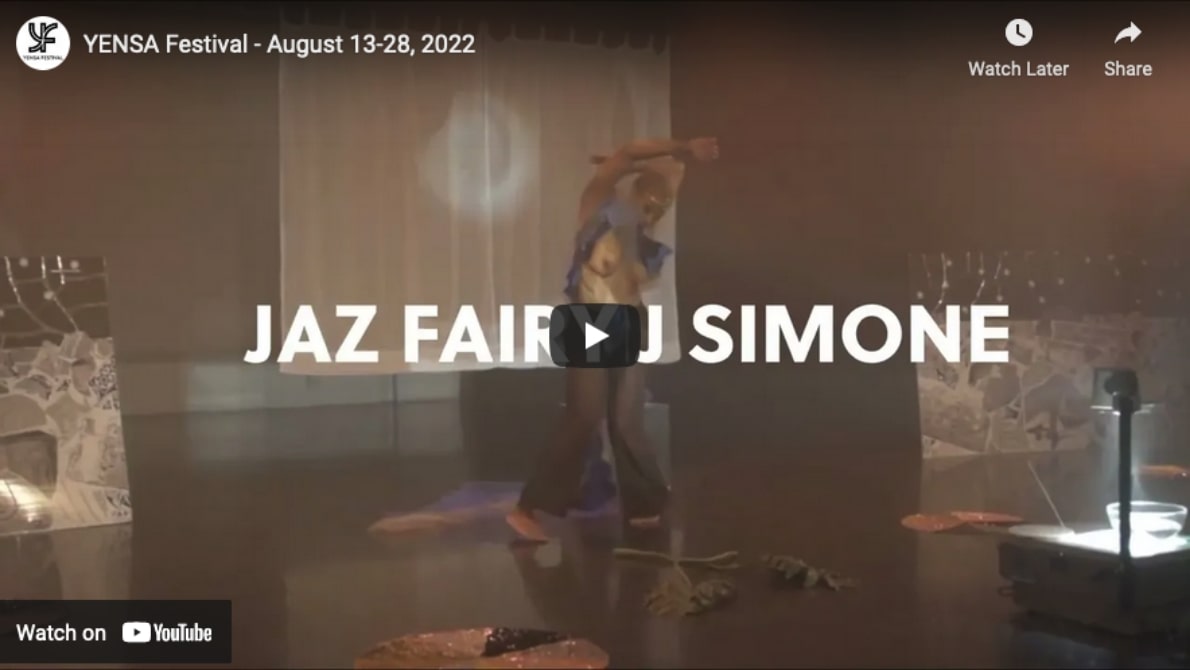 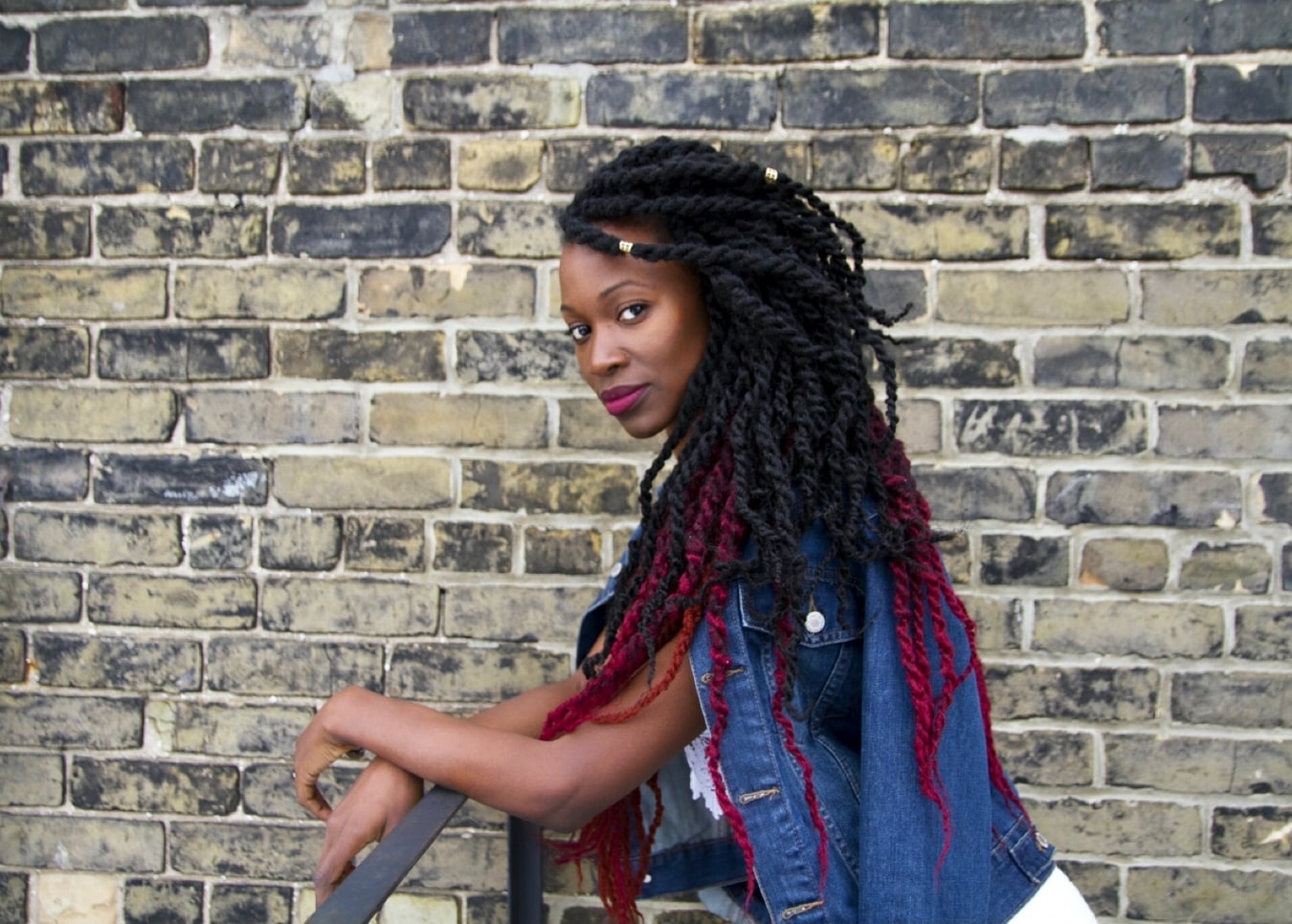 Artistic Director, Shameka Blake, was born in Manchester, Jamaica, and immigrated to Canada at the age of ten. She developed a passion for dance at age three, and in 2007, Shameka pursued dance professionally. Her training in a variety of dance genres, including jazz, ballet and contemporary, helped her to develop her craft as a dancer/choreographer. Since establishing her professional dance company – Artists in Motion in 2008, Shameka, through her choreography, has made a strong imprint on the Toronto urban and commercial dance communities. Her work has earned her the 2015 Black Canadian Award for Best Urban Dance Act and has been featured at the Association for the Performing Arts Presenters (APAP) Convention in New York City and the BNL (Basketball National League) Finals Halftime Show in South Africa, in addition to local Toronto festivals; Toronto Fringe, Pride Toronto and TIFF. She has also had the pleasure to co-choreograph for the Victory Celebration of the 2015 Pan Am Games honouring Canadian and International athletes. 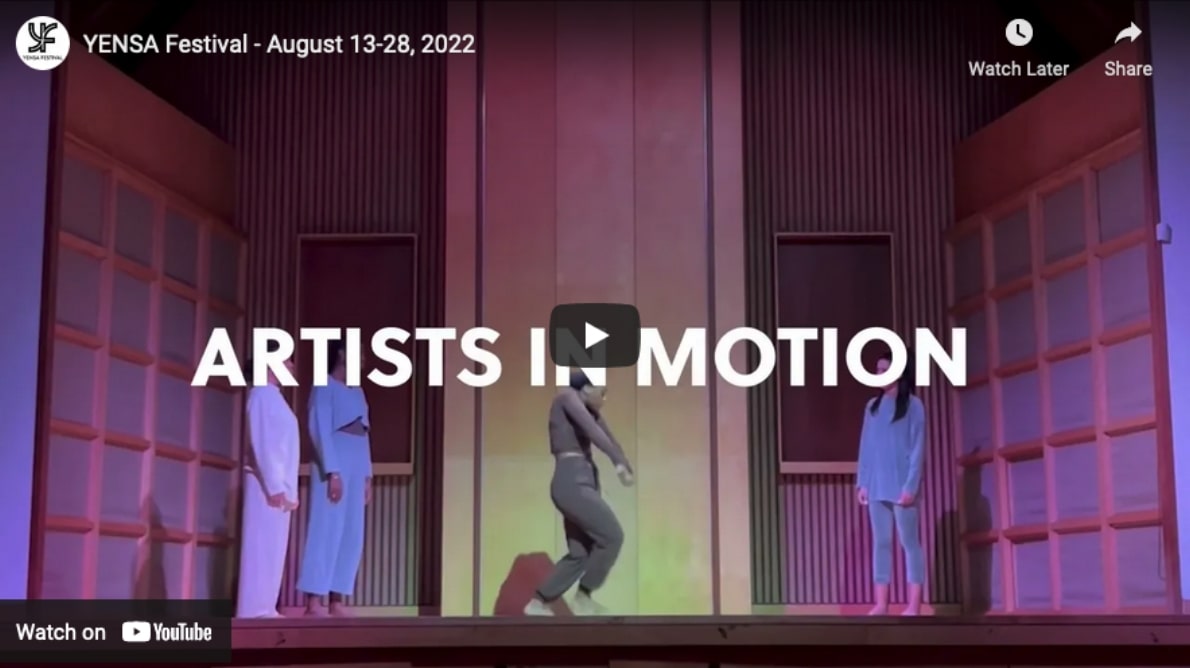 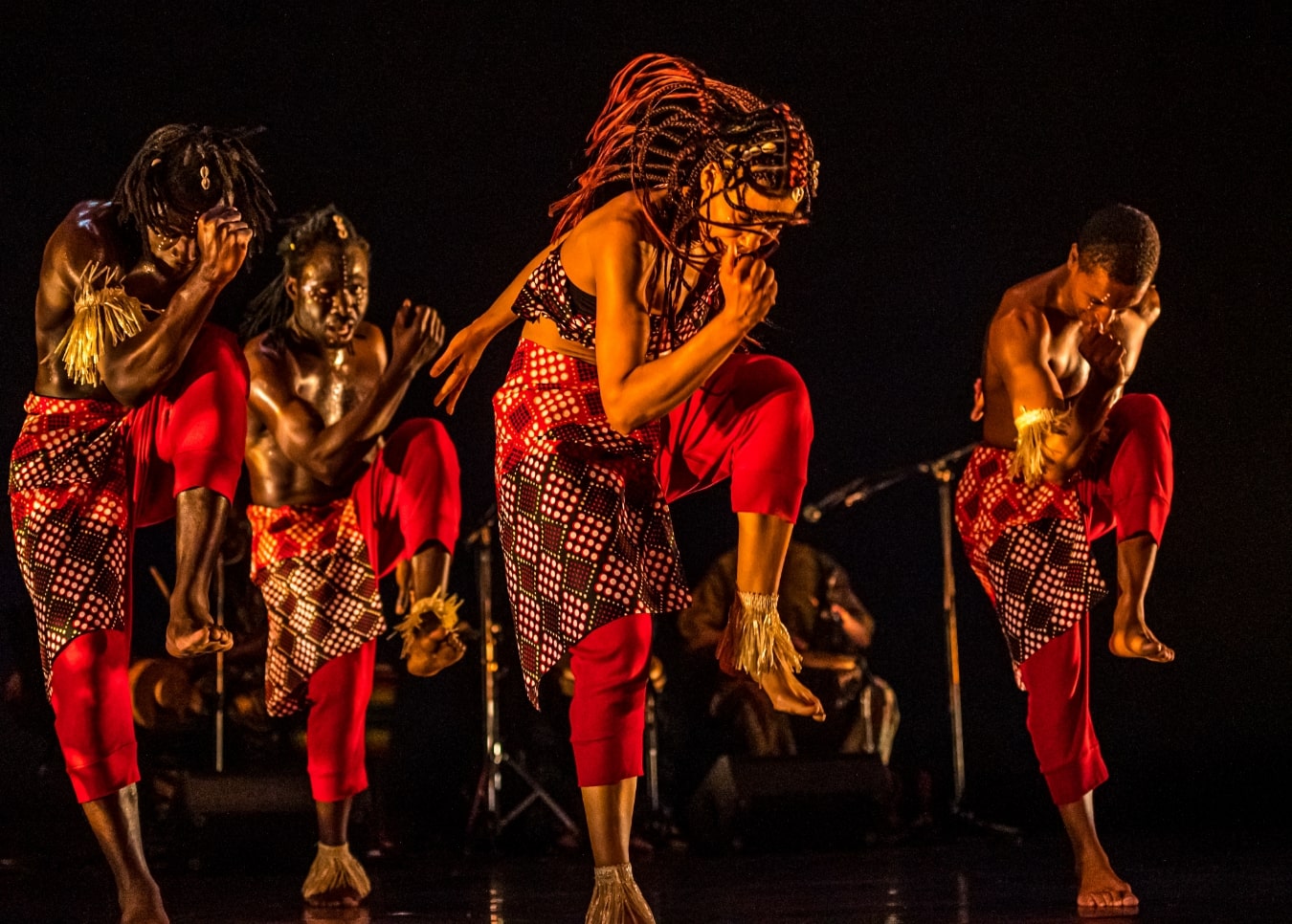 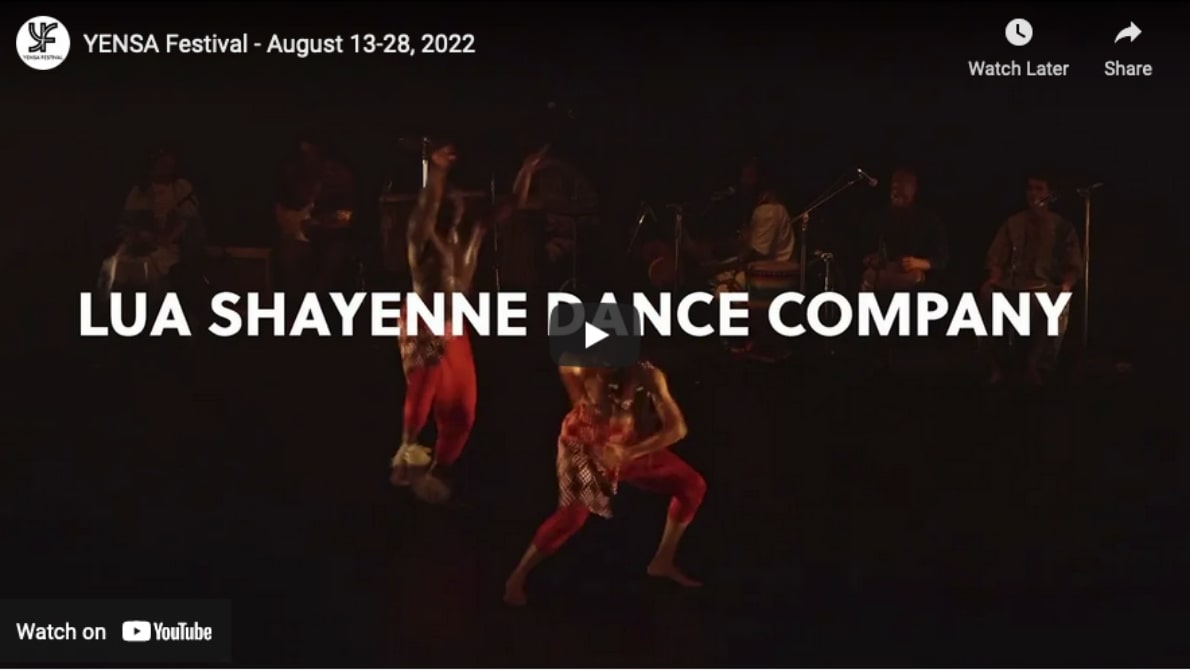 Funmi is a performer, dramaturge and academic. She started out as a media practitioner in Nigeria and moved into performance on relocation to England in 1994. For several years she toured with African dance drama and physical theatre companies. Her credits include performances with Horse and Bamboo Mask and Puppetry Company, Artists-in-Exile, Adzido Pan-African Dance Ensemble, and The Chomondeleys, a contemporary dance company. As a dramaturge she works mainly with theatre-makers and choreographers who draw on Africa and diaspora forms or who are interdisciplinary in focus. Funmi has a MA in Postcolonial studies and a PhD in Dance studies. She received a life-time achievement award in 2019 from One Dance UK for contributing to changing perceptions of the Dance of the African Diaspora. She is presently a senior lecturer in Dance at De Montfort University, England. 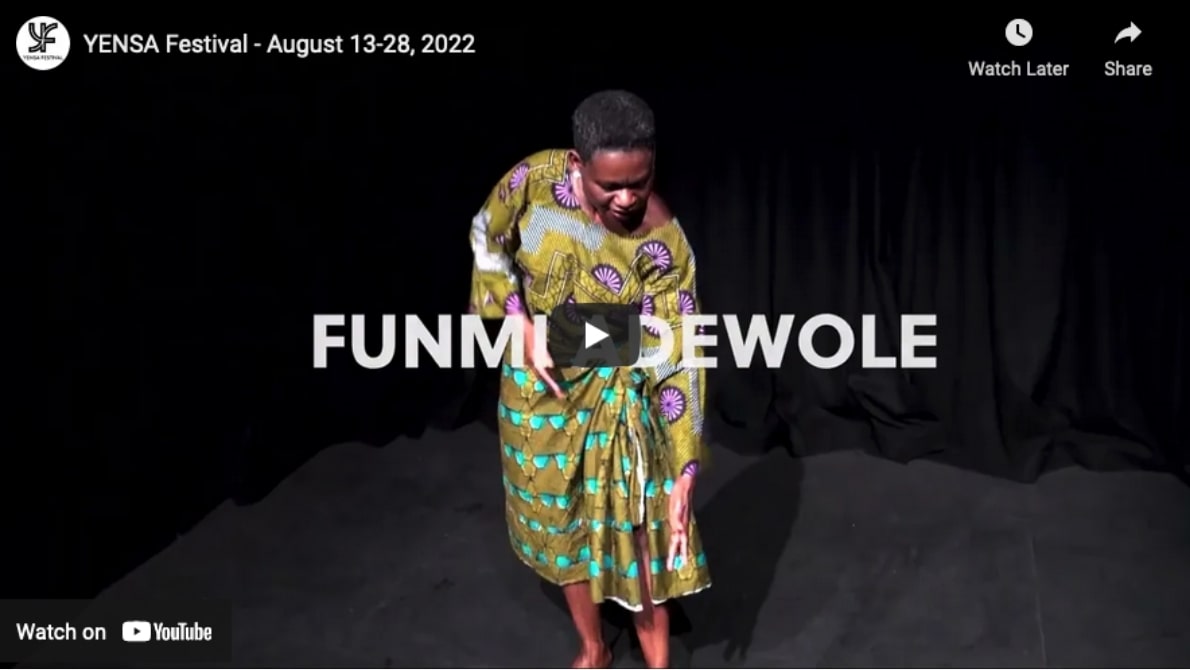 THE BLIND SIDE - Funmi Adewole Elliott 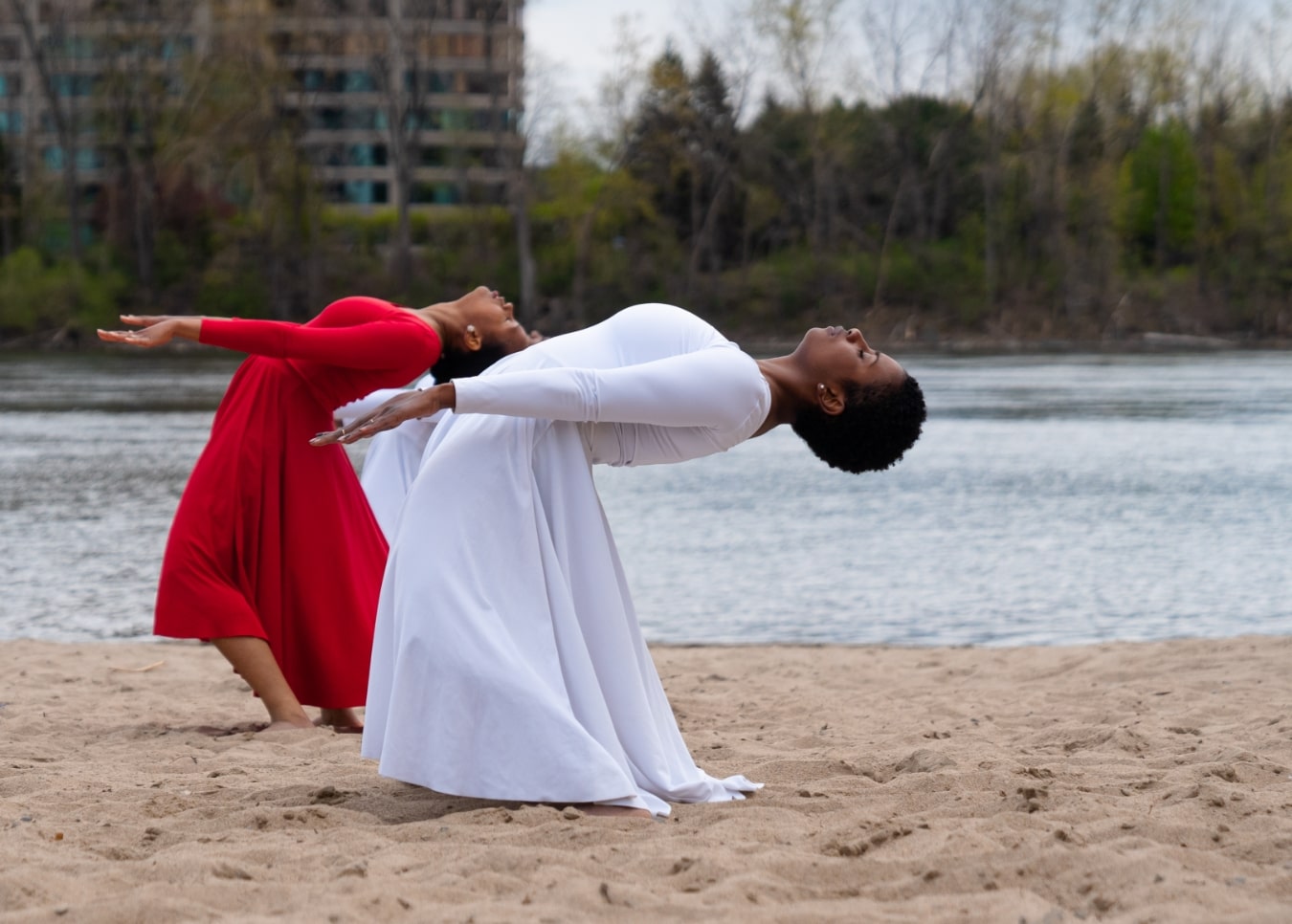 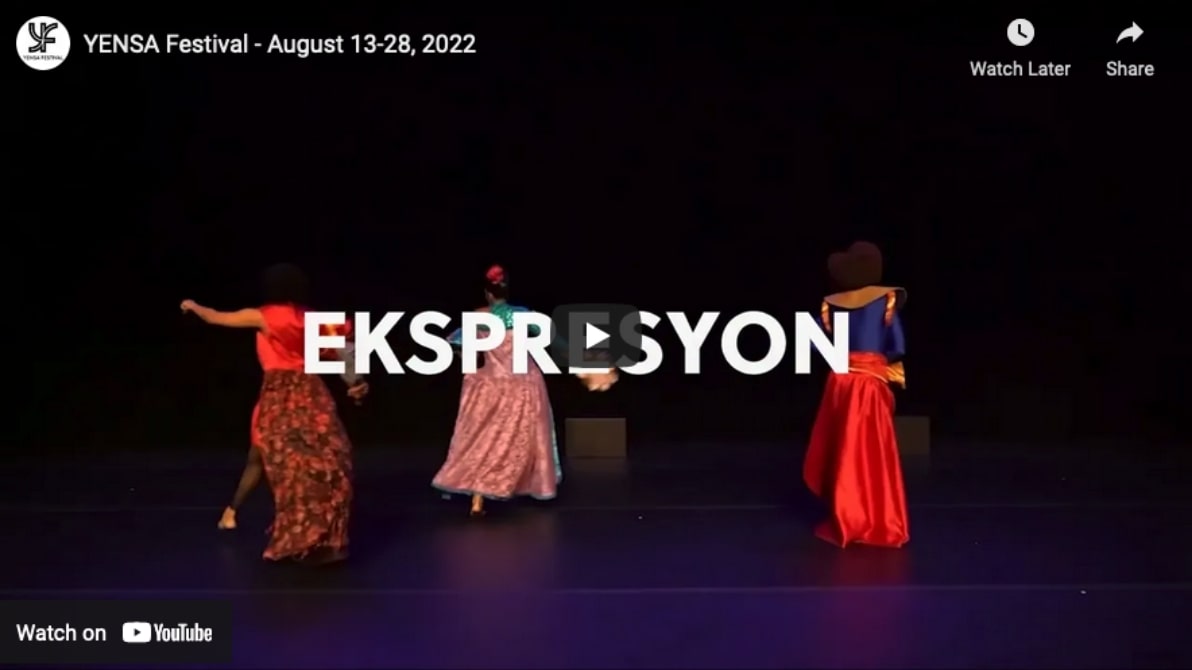 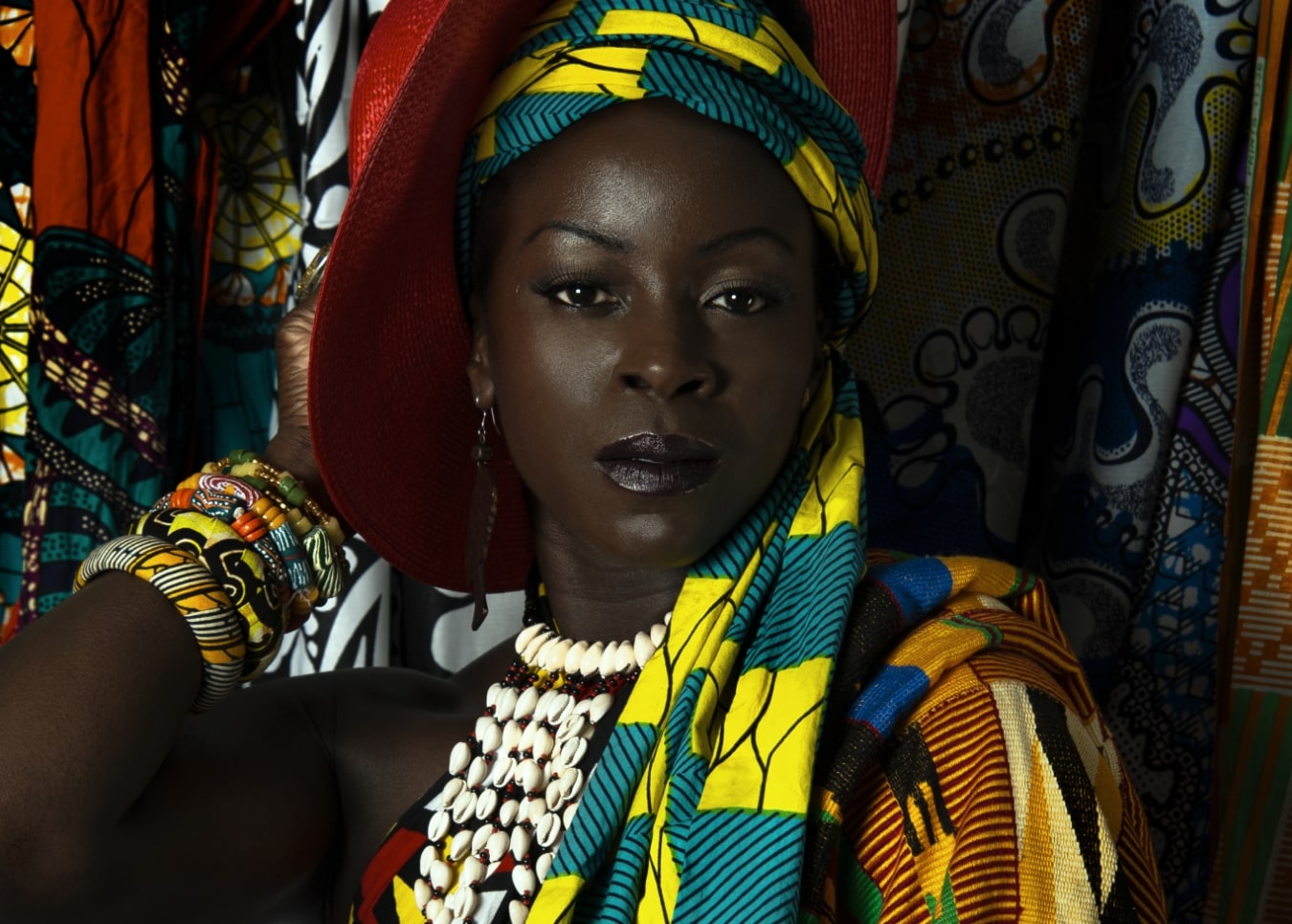 Esie (she/her) is an artist whose creative footprint extends into many genres, disciplines and regions. As a dancer, choreographer, director, educator and public speaker, Mensah’s mastery of storytelling is as diverse as her experience. From working with megastars like Rihanna, Drake and Arcade Fire to historic brands like Coca-Cola, TIFF and the Toronto Raptors, this powerful woman shows no sign of slowing down. She was a featured speaker at TEDxToronto 2019, where she spoke about her experience as a dark-skinned dancer and the process of creating her Dora-nominated production Shades. More recently Esie was a part of IMPACT21 Theatre Festival, performing her solo work A Seat at the Table – an ode to the complexities and realities of the black experience. Esie was also recently a featured choreographer for dance film, New Monuments, co-created by Canadian Stage and Luminato Festival, which explores Canada’s hidden history. Despite her origins within dance Esie continues to evolve. Her short film ‘A Revolution of Love’, opened Toronto History Museum’s ongoing Awakenings initiative to decolonize historic spaces. Earlier in 2021, Esie announced the world premiere of her newest short film, TESSEL, co-commissioned by Fall For Dance North and Habourfront Centre. TESSEL is a national call of healing supported by 21 dance organizations from across Canada, streaming online at www.tessel.film. 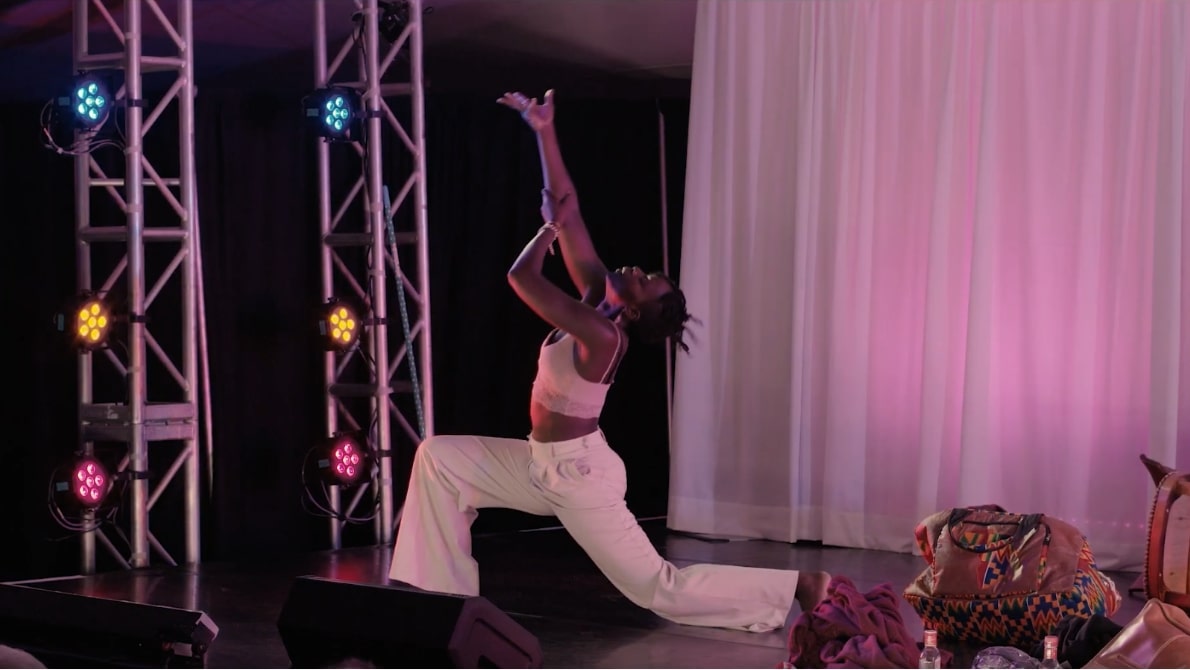 A SEAT AT THE TABLE – Esie Mensah